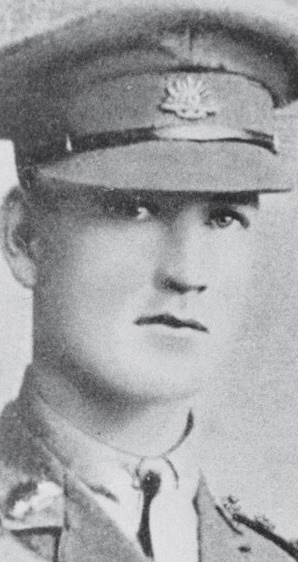 On 26 March 1917 the Australian 2nd Division attacked Lagnicourt, north of the road running east from Bapaume towards Cambrai, where the German position helped guard the approaches to the Hindenburg Line. It was Captain P H Cherry’s Company of 26th Battalion which was instrumental in capturing the village itself, largely due to Cherry’s own leadership. Cherry went on to lead the resistance to fierce German counter-attacks, during the course of which he was killed the following day.

For most conspicuous bravery, determination and leadership when in command of a company detailed to storm and clear a village. After all the officers of his company had become casualties he carried on with care and determination, in the face of fierce opposition, and cleared the village of the enemy. He sent frequent reports of progress made, and when held up for some time by an enemy strong point he organised machine gun and bomb parties and captured the position. His leadership, coolness and bravery set a wonderful example to his men. Having cleared the village, he took charge of the situation and beat off the most resolute and heavy counter-attacks made by the enemy. Wounded about 6.30 a.m., he refused to leave his post, and there remained, encouraging all to hold out at all costs, until, about 4.30 p.m., this very gallant officer was killed by an enemy shell.