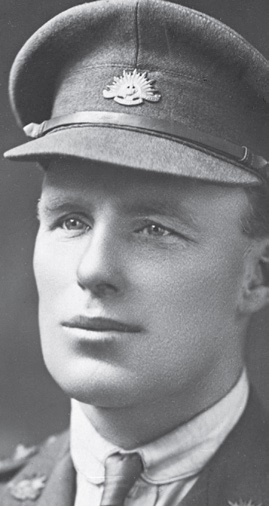 For most conspicuous bravery and devotion to duty, in the face of heavy odds, on three separate occasions. On the first occasion he organised the attack by his company on a most important objective, and led personally, under heavy fire, a bombing attack. He then rallied his company, which had suffered heavy casualties, and he was one of the first to reach the objective. On the following night his company, holding the captured position, was heavily counter- attacked. By personal exertion, utter disregard of fire, and judicious use of reserves, he succeeded in dispersing the enemy and regaining the position. On a subsequent occasion, when the company on his left was overpowered and his own company attacked from the rear, he drove off a combined attack which had developed from these directions. These attacks were renewed three or four times, and it was Capt. Newland’s tenacity and disregard for his own safety that encouraged the men to hold out. The stand made by this officer was of the greatest importance, and produced far-reaching results.