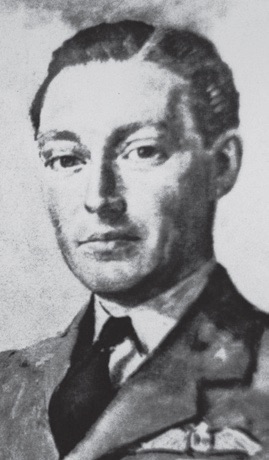 On 11 March 1940 Flying Officer A H H Tollemache’s Bristol Blenheim crashed while attempting to land at RAF Manston, near Ramsgate, Kent. He was awarded the EGM for his gallant but unsuccessful efforts to rescue Second Lieutenant Sterling, Welsh Guards, from the blazing wreckage of the plane.

On the night of 11th March, 1940, this officer was pilot of an aircraft which carried a passenger and an air gunner and was engaged in a searchlight co-operation exercise. When approaching the flare-path to land, at 2320 hours, after completing the exercise, the aircraft struck a tree and crashed into a field, where it immediately burst into flames. Flying Officer Tollemache was thrown clear of the wreckage, and the air gunner was able to escape. Realising, however, that his passenger was still in the aircraft Flying Officer Tollemache, with complete disregard of the intense conflagration or the explosion of small arms ammunition, endeavoured to break through the forward hatch and effect a rescue. He persisted in this gallant attempt until driven off with his clothes blazing. His efforts, though in vain, resulted in injuries which nearly cost him his life. Had he not attempted the rescue it is considered he would have escaped almost unscathed.