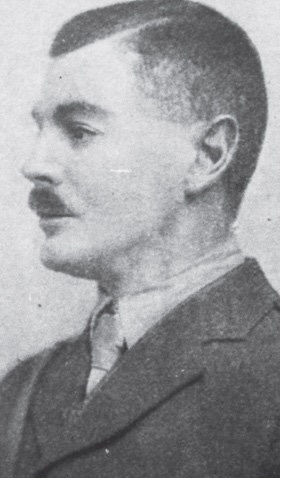 North of Oppy and east of Vimy Ridge, the Canadian Expeditionary Force faced the Hindenburg Line where it passed through Fresnoy-en-Gohelle, Acheville and Méricourt. On 3 May 1917 as part of the more general assault on the Line (the Third Battle of the Scarpe), 27th (City of Winnipeg) Battalion The Manitoba Regiment attacked German positions just north of Fresnoy. They suffered heavy casualties and Lieutenant R G Combe with five men soon found himself isolated. However, he succeeded in collecting a small group of men and, before he was killed by a sniper, had captured over 250 yards of trench and over 80 prisoners. Despite the strength of the German line between Méricourt and Oppy, Canadian troops succeeded in capturing Fresnoy.

For most conspicuous bravery and example. He steadied his Company under intense fire, and led them through the enemy barrage, reaching the objective with only five men. With great coolness and courage Lt. Combe proceeded to bomb the enemy, and inflicted heavy casualties. He collected small groups of men and succeeded in capturing the Company objective, together with eighty prisoners. He repeatedly charged the enemy, driving them before him, and, whilst personally leading his bombers, was killed by an enemy sniper. His conduct inspired all ranks, and it was entirely due to his magnificent courage that the position was carried, secured and held.