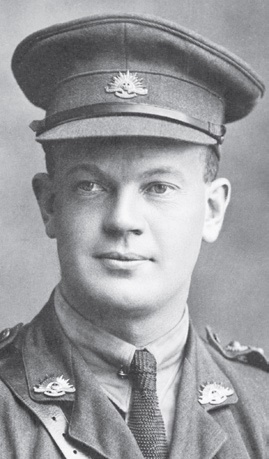 For most conspicuous bravery. During an attack on the enemy’s position, in the face of heavy artillery and machine gun fire, and after all his officers had been wounded and his company had suffered very heavy casualties, Capt. Grieve located two hostile machine guns which were holding up his advance. He then, single-handed, under continuous fire from these two machine guns, succeeded in bombing and killing the two crews, reorganised the remnants of his company and gained his original objective. Capt. Grieve, by his utter disregard of danger, and his coolness in mastering a very difficult position, set a splendid example, and when he finally fell wounded, the position had been secured and the few remaining enemy were in full flight.