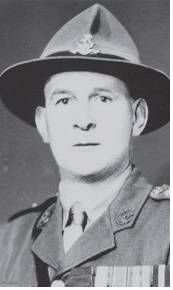 For most conspicuous bravery and determination when with attacking troops, which came under heavy fire and were checked. Although slightly wounded Cpl. Frickleton dashed forward at the head of his section, pushed into our barrage and personally destroyed with bombs an enemy machine gun and crew which was causing heavy casualties. He then attacked a second gun, killing the whole of the crew of twelve. By the destruction of these two guns, he undoubtedly saved his own and other units from very severe casualties, and his magnificent courage and gallantry ensured the capture of the objective. During the consolidation of the position he received a second severe wound. He set, throughout, a great example of heroism.