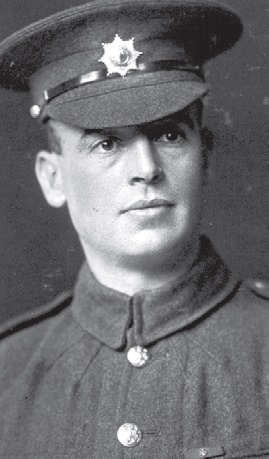 For most conspicuous bravery when, during an attack, an enemy machine gun was seen to be enfilading the battalion on the right. Pte. Witham, on his own initiative, immediately worked his way from shell-hole to shell-hole through our own barrage, rushed the machine gun, and, although under a very heavy fire, captured it, together with an officer and two other ranks. The bold action on the part of Pte. Witham was of great assistance to the battalion on the right, and undoubtedly saved many lives and enabled the whole line to advance.