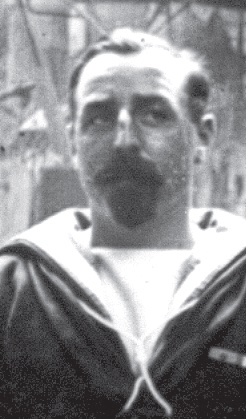 After the action on 7 June 1917, Commander G Campbell (qv) and most of his crew transferred to another Q-ship HMS Dunraven, also a converted collier. On 8 August 1917 she was attacked in the Bay of Biscay by UC71. On this occasion, the German submarine was to escape. For his part in the action a VC was awarded to Lieutenant C G Bonner. The ship’s crew was allowed to nominate a seaman to receive the VC under Rule 13 and chose Petty Officer E H Pitcher. Commander Campbell received a second bar to his DSO for his part in the action and the remainder of the gun crew all received the CGM. The action was to provethe high point of the Q-ship campaign in home waters, and three weeks later the Admiralty decided the Q service would be wound down.

The KING has been graciously pleased to approve the award of the following honours, decorations and medals to officers and men for services in action with enemy submarines:– To Receive the Victoria Cross. Lieut. Charles George Bonner, D.S.C., R.N.R. P.O. Ernest Pitcher, O.N. 227029 (Po.). P.O. Pitcher was selected by the crew of a gun of one of H.M. ships to receive the Victoria Cross under Rule 13 of the Royal Warrant dated the 29th January, 1856. (Fifth Supplement to The London Gazette of 30 October 1917. 2 November 1917, Numb. 30363, p. 1131.) Admiralty, 20th November, 1918. With reference to announcements of the award of the Victoria Cross to naval officers and men for services in action with enemy submarines, the following are the accounts of the actions for which these awards were made:– (4) Action of H.M.S. “Dunraven” on the 8th August, 1917. On the 8th August, 1917, H.M.S. “Dunraven,” under the command of Captain Gordon Campbell, V.C., D.S.O., R.N., sighted an enemy submarine on the horizon. In her rôle of armed British merchant ship, the “Dunraven” continued her zig-zag course, whereupon the submarine closed, remaining submerged to within 5,000 yards, and then, rising to the surface opened fire. The “Dunraven” returned the fire with her merchant ship gun, at the same time reducing speed to enable the enemy to overtake her. Wireless signals were also sent out for the benefit of the submarine: “Help! come quickly – submarine chasing and shelling me.” Finally, when the shells began falling close, the “Dunraven” stopped and abandoned ship by the “panic party.” The ship was then being heavily shelled, and on fire aft. In the meantime the submarine closed to 400 yards distant, partly obscured from view by the dense clouds of smoke issuing from the “Dunraven’s” stern. Despite the knowledge that the after magazine must inevitably explode if he waited, and further, that a gun and gun’s crew lay concealed over the magazine, Captain Campbell decided to reserve his fire until the submarine had passed clear of the smoke. A moment later, however, a heavy explosion occurred aft, blowing the gun and the gun’s crew into the air, and accidentally starting the fire-gongs at the remaining gun positions; screens were immediately dropped, and the only gun that would bear opened fire, but the submarine, apparently frightened by the explosion, had already commenced to submerge. Realising that a torpedo must inevitably follow, Captain Campbell ordered the surgeon to remove all wounded and conceal them in cabins; hoses were also turned on the poop, which was a mass of flames. A signal was sent out warning men-of-war to divert all traffic below the horizon in order that nothing should interrupt the final phase of the action. Twenty minutes later a torpedo again struck the ship abaft the engine-room. An additional party of men were again sent away as a “panic party,” and left the ship to outward appearances completely abandoned, with the White Ensign flying and guns unmasked. For the succeeding fifty minutes the submarine examined the ship through her periscope. During this period boxes of cordite and shells exploded every few minutes, and the fire on the poop still blazed furiously. Captain Campbell and the handful of officers and men who remained on board lay hidden during this ordeal. The submarine then rose to the surface astern, where no guns could bear and shelled the ship closely for twenty minutes. The enemy then submerged and steamed past the ship 150 yards off, examining her through the periscope. Captain Campbell decided then to fire one of his torpedoes, but missed by a few inches. The submarine crossed the bows and came slowly down the other side, whereupon a second torpedo was fired and missed again. The enemy observed it and immediately submerged. Urgent signals for assistance were immediately sent out, but pending arrival of assistance Captain Campbell arranged for a third “panic party” to jump overboard if necessary and leave one gun’s crew on board for a final attempt to destroy the enemy, should he again attack. Almost immediately afterwards, however, British and American destroyers arrived on the scene, the wounded were transferred, boats were recalled and the fire extinguished. The “Dunraven” although her stern was awash, was taken in tow, but the weather grew worse, and early the following morning she sank with colours flying. (The award of the Victoria Cross to Lieut. Charles George Bonner, D.S.C., R.N.R., and P.O. Ernest Pitcher, O.N. 227029 (Po.), was announced in London Gazette No. 30363, dated the 2nd November, 1917.)