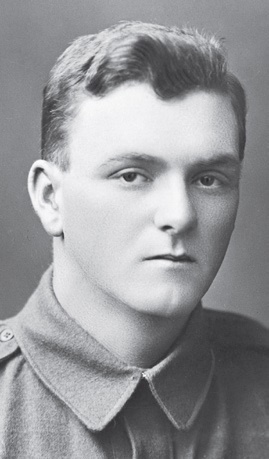 On 26 September 1917, 4th and 5th Australian Divisions launched an assault south of Zonnebeke in the course of which 5th Division captured Polygon Wood. This lay east of Hooge between Gheluvelt to the south and Zonnebeke to the north.

For most conspicuous bravery and devotion to duty when on two occasions our advance was temporaily held up by strongly-defended “pill-boxes.” Pte. Bugden, in the face of devastating fire from machine-guns, gallantly led small parties to attack these strong points and, successfully silencing the machine guns with bombs, captured the garrison at the point of the bayonet. On another occasion, when a corporal, who had become detached from his company, had been captured and was being taken to the rear by the enemy, Pte. Bugden, single-handed, rushed to the rescue of his comrade, shot one enemy and bayonetted the remaining two, thus releasing the Corporal. On five occasions he rescued wounded men under intense shell and machine-gun fire, showing an utter contempt and disregard for danger. Always foremost in volunteering for any dangerous mission, it was during the execution of one of these missions that this gallant soldier was killed.