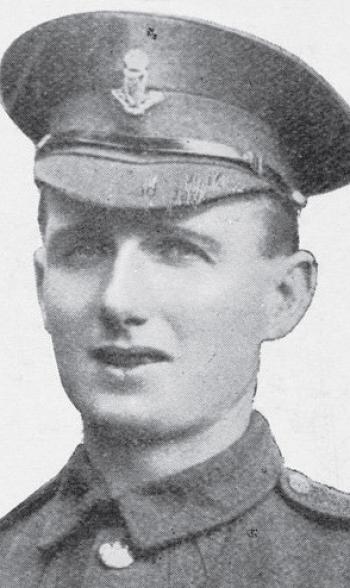 The British had achieved less than planned in the initial phase of the Third Battle of Ypres. On 16 August 1917, in order to continue their push east towards Passchendaele, General H Gough ordered a further assault, the Battle of Langemark, along a line running from Langemark in the north, where the French First Army also took part in the action, to the Ypres-Menin road, east of Hooge, in the south. In the north, the British line ran along the Steenbeek. 1st Battalion King’s Own Scottish Borderers were detailed to push back the Germans from the Steenbeek to the Broembeek at Wijdendrift, north of the Ypres-Staden railway, north-west of Langemark. As elsewhere on the line, the British were confronted by machine-gun fire from a series of enemy pillboxes. Company Quartermaster Sergeant W H Grimbaldeston capured one of these almost single-handedly, while Company Sergeant Major J K Skinner captured a further three around Montmirail Farm. Their actions contributed to the Battalion reaching its objective. 20th Division had, meanwhile, to take Langemark itself. The village, which was just south of the Ypres-Staden railway, was in ruins but the position was defended by a series of concrete blockhouses. The British soon found themselves under fire from these strongpoints and taking heavy casualties. The blockhouse at Reitres Farm, west of Langemark and just south of the Ypres-Staden Railway, was taken single-handedly by Private W Edwards, 7th Battalion The King’s Own Yorkshire Light Infantry, and another south-east of the village on the initiative of Sergeant E Cooper, 12th Battalion The King’s Royal Rifle Corps. Cooper’s VC Citation may be incorrect in asserting that he fired through the slit of the blockhouse. He later claimed that he had merely shouted the order to surrender from outside. Langemark was captured. To the south, however, the British were less successful. The 16th and 36th Divisions were detailed to advance across the Gheluvelt plateau between St Julien and Frezenberg, north of the Ypres-Roulers railway. Here too they met heavy German machine-gun fire from entrenched positions and were soon driven back by an enemy counter-attack and suffered many casualties.

For most conspicuous bravery when in charge of his company stretcher-bearers. During the day the company had many casualties, principally from enemy machine guns and snipers. The company was holding a line of shell-holes and short trenches. L./Cpl. Room worked continuously under intense fire, dressing the wounded and helping to evacuate them. Throughout this period, with complete disregard for his own life, he showed unremitting devotion to his duties.
By his courage and fearlessness he was the means of saving many of his comrades lives. 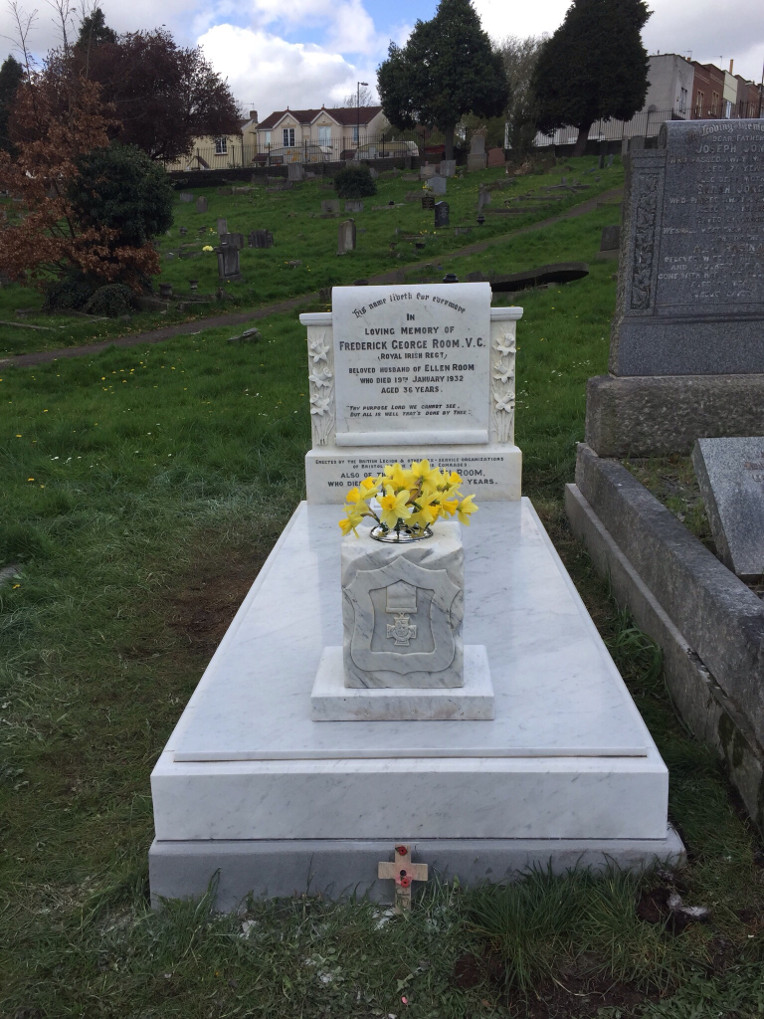