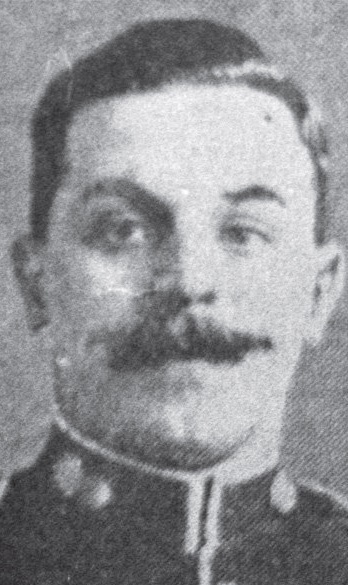 For most conspicuous bravery when in charge of a Lewis gun section covering the consolidation of the right front company. He accounted for several enemy with his rifle as well as by Lewis gun fire, and, upon seeing three enemy leave a “pill-box,” he went out single-handed through our own barrage and hostile machine-gun fire, and effected an entry into the “pill-box.” He there captured nine enemy, including a forward observation officer connected by telephone with his battery. These prisoners he brought back with him, together with valuable information.