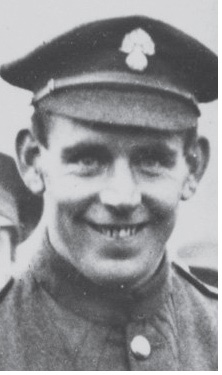 For most conspicuous bravery and devotion to duty. During an attack, which was held up by machine-gun fire which caused many casualties, Sjt. Molyneux instantly organised a bombing party to clear the trench in front of a house. Many enemy were killed and a machine-gun captured. Having cleared this obstacle, he immediately jumped out of the trench and called for someone to follow him, and rushed for the house. By the time the men arrived he was in the thick of a hand-to-hand fight; this only lasted a short time, and the enemy surrendered, and, in addition to the dead and wounded, between 20 and 30 prisoners were taken. Apart from the personal bravery of this non-commissioned officer, his initiative and dash prevented a slight check from becoming a serious block in the advance, and undoubtedly prevented many casualties.