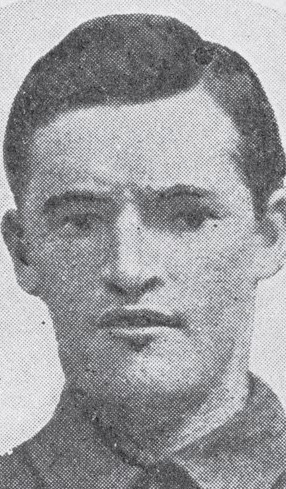 For most conspicuous bravery when an advance was being checked by intense machine-gun fire from concrete blockhouses and by snipers in ruined buildings. Corporal Clamp dashed forward with two men and attempted to rush the largest blockhouse. His first attempt failed owing to the two men with him being knocked out, but he at once collected some bombs, and, calling upon two men to follow him, again dashed forward. He was first to reach the blockhouse and hurled in bombs, killing many of the occupants. He then entered and brought out a machine-gun and about twenty prisoners, whom he brought back under heavy fire from neighbouring snipers. This non-commissioned officer then again went forward encouraging and cheering the men, and succeeded in rushing several snipers’ posts. He continued to display the greatest heroism until he was killed by a sniper. His magnificent courage and self-sacrifice was of the greatest value and relieved what was undoubtedly a very critical situation.