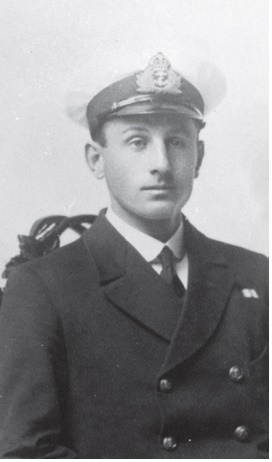 HMS Tetrarch, on which Acting Mate A W Newman was serving, was an R Class destroyer launched at Harland and Wolff’s Govan yard on 20 April 1917.

The KING has been graciously pleased to confer the Albert Medal on:– Mr. Alfred William Newman, Acting Mate, R.N. The following is the account of the service in respect of which the Decoration has been conferred:– On the 10th October, 1917, an alarm of fire was given in the after magazine of one of H.M. ships. Mr. Alfred William Newman, Acting Mate, R.N., who was on the upper deck, proceeded to the magazine as soon as he heard the alarm, and, seeing smoke issuing from a box of cordite, opened the lid and passed the cartridges on to the upper deck, where they were thrown overboard. One cartridge in the middle of the box was very hot, and smoke was issuing from one end. It is considered that, by his prompt and gallant action, Mr. Newman saved the magazine from blowing up and the loss of many lives.