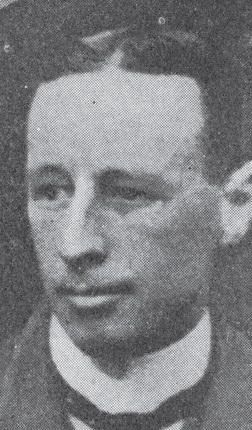 As General Allenby prepared to invade Palestine, he manoeuvred his forces to take both Beersheba and Gaza. On 23 October 1917 the Turks were driven out of El Baqqar on the road east from Tel el Fara to Beersheba. However, on 27 October several British outposts were attacked including one north of El Baqqar, commanded by Major A M Lafone. After holding out for seven hours it was finally overrun by Turkish cavalry. Lafone’s last message contained the words, ‘I shall hold on to the last.’ Beersheba fell to the British on 31 October and Gaza on 7 November.

For most conspicuous bravery, leadership and self-sacrifice when holding a position for over seven hours against vastly superior enemy forces. All this time the enemy were shelling his position heavily, making it very difficult to see. In one attack, when the enemy cavalry charged his flank, he drove them back with heavy losses. In another charge they left fifteen casualties within twenty yards of his trench, one man, who reached the trench, being bayonetted by Maj. Lafone himself. When all his men, with the exception of three, had been hit and the trench which he was holding was so full of wounded that it was difficult to move and fire, he ordered those who could walk to move to a trench slightly in the rear, and from his own position maintained a most heroic resistance. When finally surrounded and charged by the enemy, he stepped into the open and continued the fight until he was mortally wounded and fell unconscious. His cheerfulness and courage were a splendid inspiration to his men, and by his leadership and devotion he was enabled to maintain his position, which he had been ordered to hold at all costs.