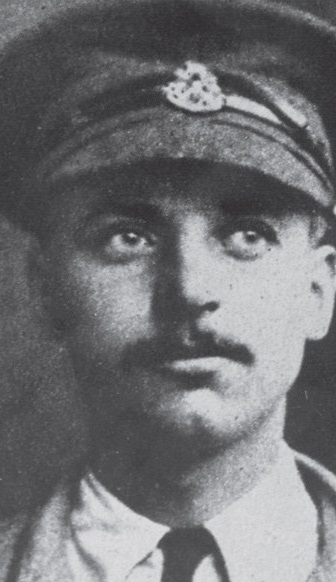 For most conspicuous bravery in action during prolonged and severe operations. Shortly after the attack was launched, the company to which he belonged came under intense artillery fire, and further advance was held up by a very heavy fire from an enemy machine gun. Pte. Kinross, making a careful survey of the situation, deliberately divested himself of all his equipment save his rifle and bandolier and, regardless of his personal safety, advanced alone over the open ground in broad daylight, charged the enemy machine gun, killing the crew of six, and seized and destroyed the gun. His superb example and courage instilled the greatest confidence in his company, and enabled a further advance of 300 yards to be made and a highly important position to be established. Throughout the day he showed marvellous coolness and courage, fighting with the utmost aggressiveness against heavy odds until seriously wounded.