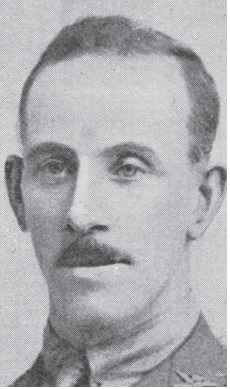 For most conspicuous bravery and leading when in charge of a section of four machine guns accompanying the infantry in an attack. Seeing that all the officers and most of the non-commissioned officers of an infantry company had become casualties, and that the men were hesitating before a nest of enemy machine guns, which were on commanding ground and causing them severe casualties, he handed over command of his guns to an N.C.O., rallied the infantry, organised an attack, and captured the strong point. Finding that the position was swept by machine-gun fire from a “pill-box” which dominated all the ground over which the troops were advancing, Lt. Mackenzie made a reconnaissance and detailed flanking and frontal attacking parties which captured the “pill-box,” he himself being killed while leading the frontal attack. By his valour and leadership this gallant officer ensured the capture of these strong points and so saved the lives of many men and enabled the objectives to be attained.