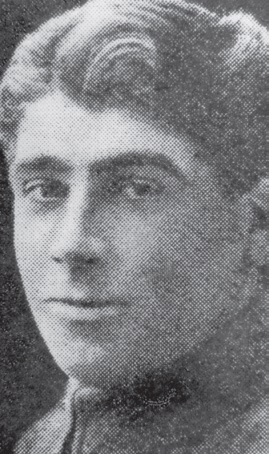 For most conspicuous bravery as a company runner. When his company was held up by a machine gun at point-blank range he volunteered to rush the gun, and, though ordered not to, rushed forward and threw a Mills bomb, killing two gunners and capturing the gun. The company, on continuing its advance, came under heavy enfilade machine-gun fire. When the last officer and the last non-commissioned officer had become casualties, he took command of the company, ordered the men to lie down, and himself went back some seventy yards under severe fire to obtain the help of a tank. He then returned to his company, and finally led them to their last objective. He showed throughout conspicuous determination and resource.