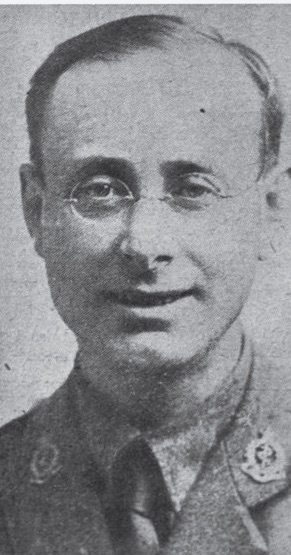 For most conspicuous bravery. During recent operations Capt. Ackroyd displayed the greatest gallantry and devotion to duty. Utterly regardless of danger, he worked continuously for many hours up and down and in front of the line tending the wounded and saving the lives of officers and men. In so doing he had to move across the open under heavy machine gun, rifle and shell fire. He carried a wounded officer to a place of safety under very heavy fire. On another occasion he went some way in front of our advanced line and brought in a wounded man under continuous sniping and machine gun fire. His heroism was the means of saving many lives, and provided a magnificent example of courage, cheerfulness, and determination to the fighting men in whose midst he was carrying out his splendid work. This gallant officer has since been killed in action.