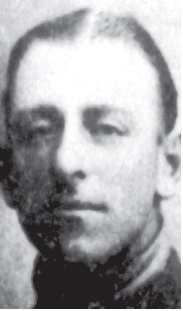 The British advance at the Battle of Cambrai had created a salient nine miles wide and four deep, of which the north-east corner ran round Bourlon Wood, due west of Cambrai. The Germans, who were preparing a massive counter-attack, maintained a heavy bombardment which made use of gas shells. Private G W B Clare, 5th Lancers, was awarded a posthumous VC for his gallantry during this bombardment.

For most conspicuous bravery and devotion to duty when, acting as stretcher-bearer during a most intense and continuous enemy bombardment, Pte. Clare dressed and conducted wounded over the open to the dressing-station about 500 yards away. At one period, when all the garrison of a detached post, which was lying out in the open about 150 yards to the left of the line occupied, had become casualties, he crossed the intervening space, which was continually swept by heavy rifle and machine-gun fire, and, having dressed all the cases, manned the post single-handed till a relief could be sent. Pte. Clare then carried a seriously wounded man through intense fire to cover, and later succeeded in getting him to the dressing-station. At the dressing-station he was told that the enemy was using gas shells to a large extent in the valley below, and as the wind was blowing the gas towards the line of trenches and shellholes occupied, he started on the right of the line and personally warned every company post of the danger, the whole time under shell and rifle fire. This very gallant soldier was subsequently killed by a shell.