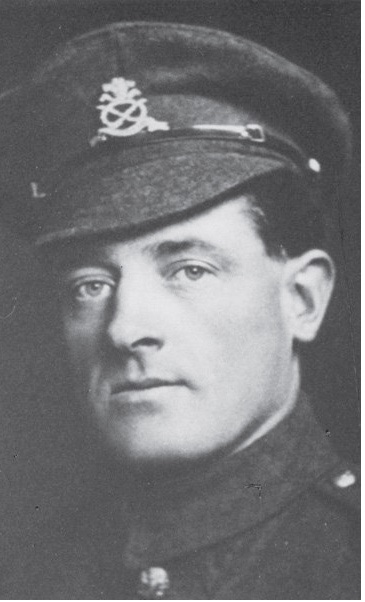 For most conspicuous bravery and initiative in action. He saw the enemy making preparations for a counter-attack, and with a comrade, on his own initiative, decided to make a close reconnaissance. These two went out in broad daylight in full view of the enemy and under heavy machinegun fire. His comrade was hit within a few yards of the trench, but, undeterred, L./C. Thomas went on alone. Working round a small copse he shot three snipers and then pushed on to a building used by the enemy as a night post. From here he saw whence the enemy were bringing up their troops and where they were congregating. He stayed in this position for an hour, sniping the enemy the whole time and doing great execution. He returned to our lines, after being away three hours, with information of the utmost value, which enabled definite plans to be made and artillery fire to be brought on the enemy’s concentration, so that when the attack took place it was broken up.