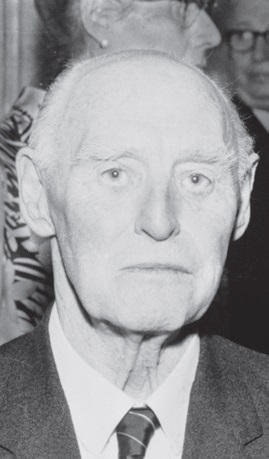 On the morning of 6 December 1917 in Halifax Harbour on the Atlantic seaboard of Nova Scotia, the Norwegian ship Imo collided with the French steamer Mont Blanc, which was heavily laden with TNT and other explosives. The Mont Blanc caught fire and, after burning for a quarter of an hour, blew up. This remains the world’s most devastating accidental explosion. Much of Halifax was destroyed, about 2,000 people killed and another 9,000 injured. Immediately after the initial collision, a boat, under Commander T K Triggs, had set out from HMS Highflyer to assist. Meanwhile, HMCS Niobe, the Canadian depot ship sent a tug and a steam boat, under A/Bosun A C Mattinson and Petty Officer E S Beard. The crew both of Highflyer’s boat, with the exception of Able Seaman Becker, and of the Canadian steamboat perished in the explosion. The tug Musquash was set ablaze. Leading Seaman T N Davis and Able Seaman R Stones of Highflyer volunteered to take a tug to secure the Musquash. On reaching the burning vessel, they managed to dispose of its ammunition, thus preventing a further explosion. Davis also took part in the subsequent salvage operations in Halifax. Beard, Mattinson, Triggs, Becker, Davis and Stones were all awarded the AM for their gallantry, the first three posthumously. Only Davis lived long enough for his Medal to be converted to the GC.

The KING has further been graciously pleased to approve of the award of the Albert Medal for gallantry in saving life at sea to Leading Seaman Thomas N. Davis, O.N. J.18334 (Dev.), and Able Seaman Robert Stones, O.N. J.29998 (Dev.). The account of the services in respect of which these medals have been conferred, is as follows:– On the 6th December, 1917, the French steamer “Mont Blanc,” with a cargo of high explosives, and the Norwegian steamer “Imo,” were in collision in Halifax Harbour. Fire broke out on the “Mont Blanc” immediately after the collision, and the flames very quickly rose to a height of over 100 feet. The crew abandoned their ship and pulled to the shore. A few minutes later a tremendous explosion took place, and the tug “Musquash” was seen to be on fire forward. The fire was increasing, and there appeared to be a great danger of her getting adrift, and being carried down on to another vessel. As the “Musquash” had a gun and ammunition on board there was danger of a further explosion and consequent loss of life. The captain of H.M.S. “Highflyer” hailed a private tug and asked her to take the “Musquash” in tow, but as they were unwilling to board the “Musquash” to get her in tow, the tug was brought alongside H.M.S. “Highflyer.” Leading Seaman Davis and Able Seaman Stones immediately volunteered, and having been transferred by the tug to the burning “Musquash,” which had by this time broken adrift, they secured a line from her stern, by means of which she was towed into midstream. The line then parted, and Davis and Stones passed another line from the “Musquash” to the pumping-lighter “Lee,” which had now arrived. They then both went forward to the burning part, and succeeded in getting to the ammunition, which was by this time badly scorched, pulled it away from the flames and threw it overboard. They then broke open the door of the galley, which was on fire inside, to enable the “Lee” to play her hoses into it. They repeated the same thing with the cabin. By their work they made it possible to subdue the fire and save further damage and loss of life. At any moment whilst they were on board the “Musquash” the ammunition might have exploded.