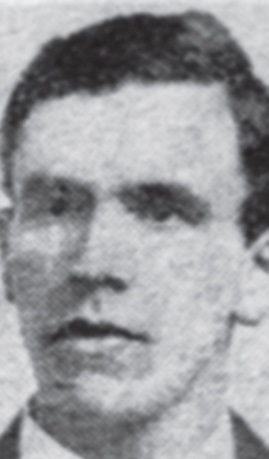 Deckhand J G Stanners and Leading Deckhand R W Bugg were awarded the AM for tackling a fire in the magazine of HM Motor Launch 289 at Trinidad, West Indies and preventing a serious explosion. Only Stanners lived long enough for his Medal to be converted to the GC.

The KING has been pleased to award the Decoration of the Albert Medal to John George Stanners, Deckhand, R.N.R., O.N. 17562 D.A., and to Rupert Walter Bugg, Leading Deckhand, R.N.R., O.N. 5046 S.D., in recognition of their gallantry in the following circumstances:– On the 29th December, 1917, some cotton waste, which was stored in a wooden cupboard in the Magazine of H.M. Motor Launch No. 289, caught fire from an unknown cause. On the fire being discovered by the smell of burning and by the issue of smoke from the Magazine hatch, when opened, Deckhand Stanners, without hesitation, went down into the Magazine and brought up a quantity of the burning waste. Leading Deckhand Bugg, who was in Motor Launch No. 285, alongside No. 289, smelt something burning, and on observing Deckhand Stanners coming up from the magazine with burning material, immediately went down and extinguished the remainder of the ignited cotton waste. The promptitude of action and the high courage shown by these men in the face of very grave danger averted a serious fire, and in all probability saved both Motor Launches and the lives of those on board.