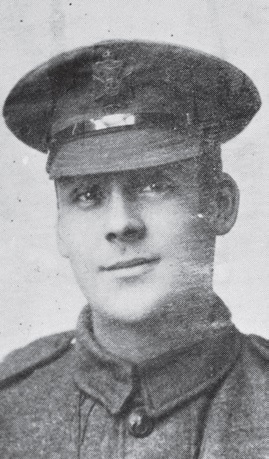 At the end of 1917 the 1/6th Battalion The London Regiment was in the Flesquières Salient, south-west of Cambrai. On 21 December the battalion was brought out of the line and after a night at Bertincourt moved into billets at Sucrerie Ribemont near Miraumont, where it remained until on 11 January 1918 it began to make its way back to the trenches. It was while the Battalion was at Sucrerie Ribemont that on 4 January Private George Williams dropped a lighted match in an empty gunpowder store in a dugout and in the subsequent fire was overcome by fumes and badly burned. Lance Corporal S Williams was awarded the AM for his gallant rescue of Private Williams who died of his injuries four days later.

The KING has been pleased to award the Albert Medal in each of the following cases in recognition of gallantry displayed in saving or endeavouring to save life :– Lance-Corporal Sidney Williams, 1/6th Battalion, London Regiment. In France, on the 4th January last, a soldier dropped a lighted match in a dug-out which had been used as a store for gunpowder. Although most of the gunpowder had been removed, there was a considerable amount scattered on the floor, which caught fire. The soldier was overcome by the fumes, and in spite of volumes of smoke issuing from the dug-out, Lance-Corporal Williams entered the dug-out and rescued the soldier, who was then badly burned and unconscious. Williams, who was severely burnt, had to carry the man up twenty steps, and, if it had not been for his prompt action, the man would have lost his life.