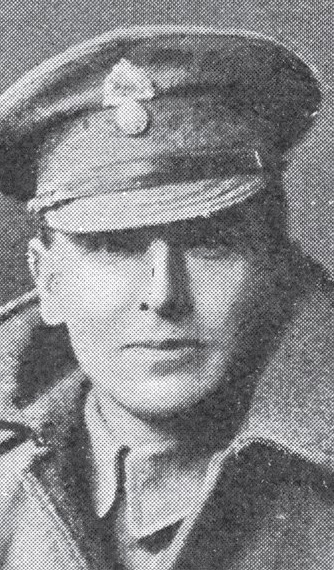 For most conspicuous gallantry and devotion to duty in repelling a strong attack by the enemy on our position. On realising that he was being cut off, L./Cpl. Robertson sent back two men to get reinforcements, and remained at his post (with only one other man), firing his Lewis gun and killing large numbers of the enemy, who were in range on his right. No reinforcements came up, and, realising that he was being completely cut off, he withdrew with the only other survivor of the garrison of the post, to a point about ten yards further back where he successfully held his position. Here he again stayed for some considerable time, firing his Lewis gun and inflicting casualties on the enemy. The position was, however, made impossible for him by the heavy hostile bombing and machine-gun fire, so he was forced to again withdraw, and arrived at a defended post. At this post he got on top of the parapet with a comrade, mounted his gun in a shell-hole, and continued firing at the enemy, who were pouring across the top of and down an adjacent trench. He had not been firing long when his comrade was killed, and he himself severely wounded. He managed to crawl back, bringing his gun with him, but could no longer fire it, as he had exhausted all his ammunition. L./Cpl. Robertson was alone throughout these operations, except for the presence of one other man who later was killed, and the most determined resistance and fine fight which he put up undoubtedly prevented the enemy from making a more rapid advance. His initiative and resource, and the magnificent fighting spirit, are worthy of the highest praise.