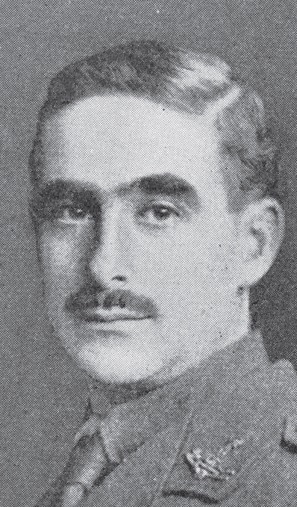 For most conspicuous bravery and determined leading when in command of a company detailed to occupy a certain section of trench. When the company was established, it was found that a considerable gap of about 400 yards existed between the left flank of the company and the neighbouring unit, and that this gap was strongly held by the enemy. It was of vital importance that the gap should be cleared, but no troops were then available. Organising a small party of less than a dozen men, he led them against the enemy. On reaching an enemy machine gun, 2nd Lt. Beal immediately sprang forward, and with his revolver killed the team and captured the gun. Continuing along the trench he encountered and dealt with another machine gun in the same manner, and in all captured four enemy guns, and inflicted severe casualties. Later in the evening, when a wounded man had been left in the open under heavy enemy fire, he, regardless of danger, walked up close to an enemy machine gun and brought in the wounded man on his back. 2nd Lt. Beal was killed by a shell on the following morning.