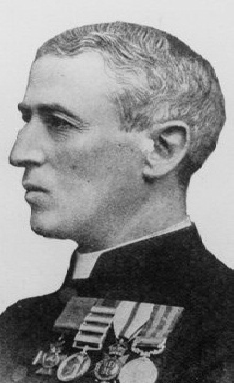 Roberts had adopted as his base the Sherpur military cantonment, which had been constructed by Sher Ali under the Bimaru Heights just north of Kabul. Within a month the Afghans had begun to recover from their initial defeats and Roberts’ position became increasingly difficult. He was particularly eager to safeguard the Chardeh Plain west of Kabul and separated from it by the Asmai Heights. South of the Heights the Deh Mazang Gorge connected Kabul with the Plain and to the north the Nanachi Gorge provided an alternative route. On 11 December 1879, as part of a larger strategic deployment, Brigadier General D Massy with 200 men and 4 guns left Sherpur and marched through the Nanachi Gorge in order to deal with a small rebel force reported to be in the Chardeh Plain. Instead, on the Ghazni road near Killa Kazi, four miles from Kabul, he ran into a ten thousand strong Afghan army commanded by Mohammed Jan, who was responding to the call of the Mullah Mushk-i-Alam of Ghazni for a Holy War against the foreigners. It seemed likely that Massy’s force would be overrun and the Afghans would pour through the gorges and besiege the cantonment. A charge by the 9th Lancers achieved little and the best that could be hoped for was a tactical retreat. All four guns had to be spiked and abandoned though they were soon recovered and repaired. Fortunately the British managed to hold the gorges while Mohammed Jan’s forces occupied the Takht-i-Shah in the Darwaza Heights to the south of the city.

During the action at Killa Kazi, on the 11th December, 1879, some men of the 9th Lancers having fallen, with their horses, into a wide and deep “nullah” or ditch, and the enemy being close upon them, the Reverend J. W. Adams rushed into the water (which filled the ditch), dragged the horses from off the men upon whom they were lying, and extricated them, he being at the time under a heavy fire, and up to his waist in water. At this time the Afghans were pressing on very rapidly, the leading men getting within a few yards of Mr. Adams, who having let go his horse in order to render more effectual assistance, had eventually to escape on foot.