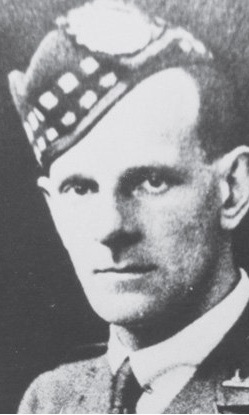 For most conspicuous bravery, devotion to duty and self-sacrifice during operations at Manchester Redoubt, near St. Quentin, on the 21st March, 1918. During the preliminary bombardment he encouraged his men in the posts in the Redoubt by frequent visits, and when repeated attacks developed controlled the defence at the points threatened, giving personal support with revolver, rifle and bombs. Single-handed he repulsed one bombing assault, driving back the enemy and inflicting severe casualties. Later, when ammunition was required, he made several journeys under severe fire in order to replenish the supply. Throughout the day Lieutenant-Colonel Elstob, although twice wounded, showed the most fearless disregard of his own safety, and by his encouragement and noble example inspired his command to the fullest degree. The Manchester Redoubt was surrounded in the first wave of the enemy attack, but by means of the buried cable Lieutenant-Colonel Elstob was able to assure his Brigade Commander that “The Manchester Regiment will defend Manchester Hill to the last.” Sometime after this post was overcome by vastly superior forces, and this very gallant officer was killed in the final assault, having maintained to the end the duty which he had impressed on his men – namely “Here we fight and here we die.” He set throughout the highest example of valour, detemination, endurance and fine soldierly bearing.
Amendments. The following is the correct description of the Officer upon whom the Victoria Cross was conferred in London Gazette dated 9th June, 1919:– The late T./Lt.-Col. Wilfrith Elstob, D.S.O., M.C., 16th Bn., Manch. R.