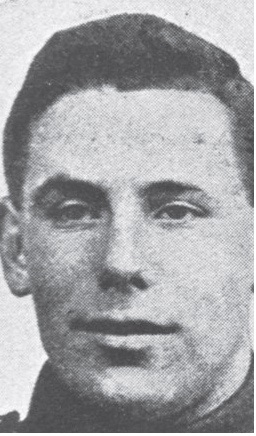 For most conspicuous bravery, initiative and devotion to duty. After working hard at his gun for six hours under heavy gas and shell fire, Gunner Stone was sent back to the rear section with an order. He delivered the order, and voluntarily, under a very heavy barrage, returned with a rifle to the forward position to assist in holding up the enemy on a sunken road. Lying in the open about 100 yards from the enemy under very heavy machinegun fire, he calmly and effectively shot the enemy until ordered to retire. He then took up a position on the right flank of the two rear guns and held the enemy at bay, though they again and again attempted to outflank the guns. During this period one of the enemy managed to break through, and, regardless of fierce machine-gun fire raging at the time, Gunner Stone rushed after him and killed him, thereby saving the flank of the guns. Later he was one of the party which captured the machine-gun and four prisoners who, in the dusk, had got round to the rear of the gun position. This most gallant act undoubtedly saved the detachment serving the guns. Gunner Stone’s behaviour throughout the whole day was beyond all praise, and his magnificent example and fine work through these critical periods undoubtedly kept the guns in action, thereby holding up the enemy on the battle zone at the most critical moment.