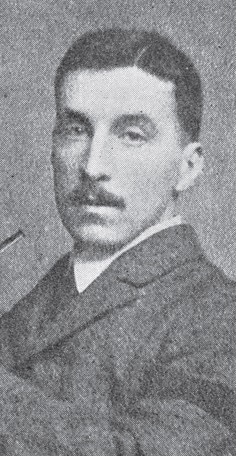 Rossignol Wood, west of Bapaume, lay south-east of Gommecourt, north-east of Hébuterne and a little west of the village of Ablainzevelle, which had fallen to the Germans on 27 March 1918 (see above). By the following day they had established themselves in Rossignol Wood. A British counter-attack was held and the Germans advanced along old trenches and managed to surround and capture four companies of the King’s Own Yorkshire Light Infantry. Their commander, Acting Lieutenant Colonel O C S Watson, sacrificed his life in an attempt to extricate his men. There was further fighting at Rossignol Wood on 5 April 1918 (see below) and 24 July 1918 (see below).

For most conspicuous bravery, self-sacrificing devotion to duty, and exceptionally gallant leading during a critical period of operations His command was at a point where continual attacks were made by the enemy in order to pierce the line, and an intricate system of old trenches in front, coupled with the fact that his position was under constant rifle and machine-gun fire, rendered the situation still more dangerous A counter-attack had been made against the enemy position, which at first achieved its object, but as they were holding out in two improvised strong points, Lt -Col Watson saw that immediate action was necessary, and he led his remaining small reserve to the attack, organising bombing parties and leading attacks under intense rifle and machine-gun fire Outnumbered, he finally ordered his men to retire, remaining himself in a communication trench to cover the retirement, though he faced almost certain death by so doing The assault he led was at a critical moment, and without doubt saved the line Both in the assault and in covering his men’s retirement, he held his life as nothing, and his splendid bravery inspired all troops in the vicinity to rise to the occasion and save a breach being made in a hardly tried and attenuated line Lt -Col Watson was killed while covering the withdrawal