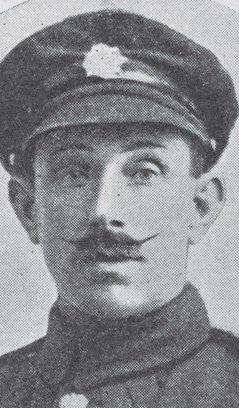 For most conspicuous bravery and devotion to duty. Owing to an enemy attack, communications were cut off and wounded could not be evacuated. The road was reported impassable, but Pte. Masters volunteered to try to get through, and after the greatest difficulty succeeded, although he had to clear the road of all sorts of debris. He made journey after journey throughout the afternoon, over a road consistently shelled and swept by machine-gun fire, and was on one occasion bombed by an aeroplane. The greater part of the wounded cleared from this area were evacuated by Pte. Masters, as his was the only car that got through during this particular time.