Born on 20th May 1920 in Aberdeen, Scotland, Flt Lieutenant Cruickshank VC was educated in Aberdeen and Glasgow. He was apprenticed to the Commercial Bank of Scotland Ltd in August 1938 but in May 1939 joined 129 Fd Regt, RA, was mobilised in August 1939 as a Gunner in the Royal Artillery and in June 1941 transferred to the RAF. His VC action took place in the Norwegian Sea, West of Narvik. 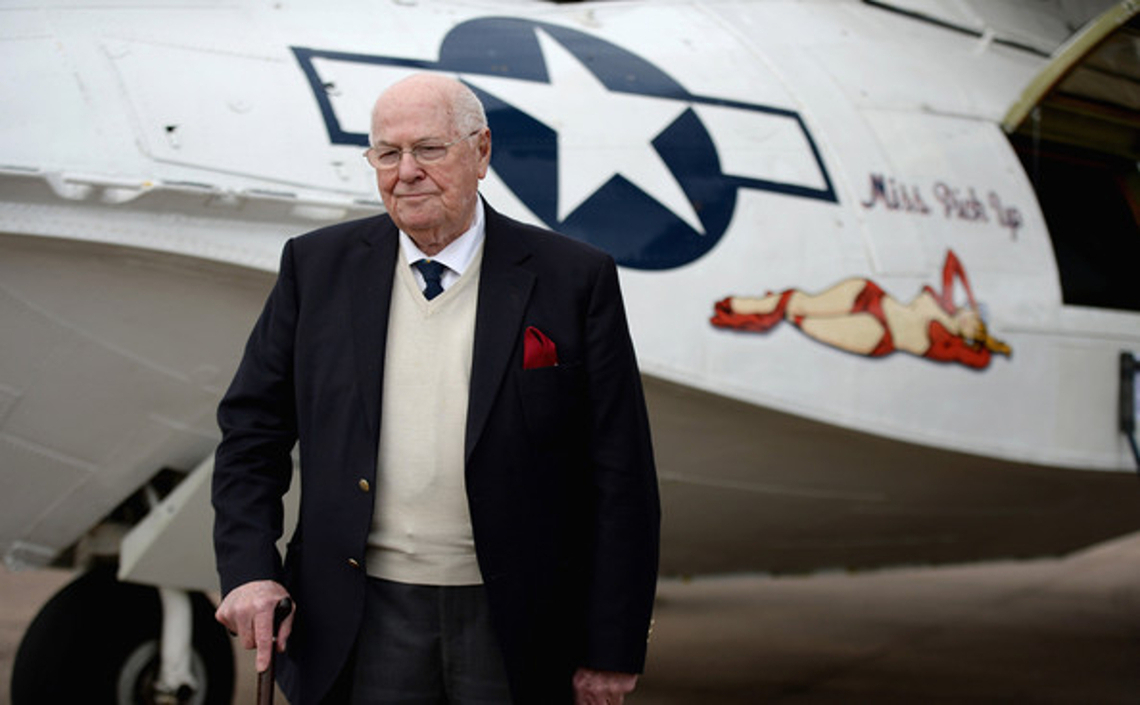 On 17 July 1944 an RAF Catalina flying-boat with a ten-man crew took off from Sullom Voe in the Shetland Islands. Its role was to assist in providing anti-submarine cover for ships involved in Operation Mascot, an unsuccessful attempt by carrier-based aircraft to destroy the German battleship Tirpitz moored in the Altafjord near Norway’s North Cape. The U-boat that the aircraft attacked and sank was U361 not U347 as once thought. When the Pilot Flying Officer J A Cruickshank collapsed because of his wounds and loss of blood, Flight Sergeant J S Garnett, the Second Pilot, took over the controls of the plane. Garnett was awarded the DFM.

This officer was the captain and pilot of a Catalina flying boat which was recently engaged on an anti-submarine patrol over northern waters. When a U-boat was sighted on the surface, Flying Officer Cruickshank at once turned to the attack. In the face of fierce anti-aircraft fire he manoeuvred into position and ran in to release his depth charges. Unfortunately they failed to drop. Flying Officer Cruickshank knew that the failure of this attack had deprived him of the advantage of surprise and that his aircraft offered a good target to the enemy’s determined and now heartened gunners. Without hesitation, he climbed and turned to come in again. The Catalina was met by intense and accurate fire and was repeatedly hit. The navigator/bomb aimer was killed. The second pilot and two other members of the crew were injured. Flying Officer Cruickshank was struck in seventy-two places, receiving two serious wounds in the lungs and ten penetrating wounds in the lower limbs. His aircraft was badly damaged and filled with the fumes of exploding shells. But he did not falter. He pressed home his attack, and released the depth charges himself, straddling the submarine perfectly. The U-boat was sunk. He then collapsed and the second pilot took over the controls. He recovered shortly afterwards and, though bleeding profusely, insisted on resuming command and retaining it until he was satisfied that the damaged aircraft was under control, that a course had been set for base and that all the necessary signals had been sent. Only then would he consent to receive medical aid and have his wounds attended to. He refused morphia in case it might prevent him from carrying on. During the next five and half hours of the return flight he several times lapsed into unconsciousness owing to loss of blood. When he came to, his first thought on each occasion was for the safety of his aircraft and crew. The damaged aircraft eventually reached base but it was clear that an immediate landing would be a hazardous task for the wounded and less experienced second pilot. Although able to breathe only with the greatest difficulty, Flying Officer Cruickshank insisted on being carried forward and propped up in the second pilot’s seat. For a full hour, in spite of his agony and ever-increasing weakness, he gave orders as necessary, refusing to allow the aircraft to be brought down until the conditions of light and sea made this possible without undue risk. With his assistance the aircraft was safely landed on the water. He then directed the taxying and beaching of the aircraft so that it could easily be salvaged. When the medical officer went on board, Flying Officer Cruickshank collapsed and he had to be given a blood transfusion before he could be removed to hospital. By pressing home the second attack in his gravely wounded condition and continuing his exertions on the return journey with his strength failing all the time, he seriously prejudiced his chance of survival even if the aircraft safely reached its base. Throughout, he set an example of determination, fortitude and devotion to duty in keeping with the highest traditions of the Service.