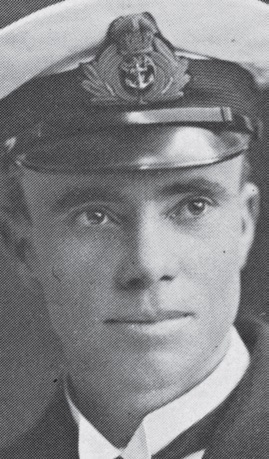 The Motor Launches of the Dover Patrol were assigned a significant role in the Zeebrugge and Ostend Raids of 22-23 April and 9-10 May 1918 (see below under those dates), laying smokescreens to protect the other vessels on these missions. On 12 April 1918, while the motor launches were in Dover harbour, one of them caught fire. Lieutenant K R Hoare and Sub-Lieutenant A G Bagot boarded her and removed her depth charge, thus preventing a catastrophic explosion. They were awarded the AM for this gallant act. Only Bagot lived long enough to have his AM converted to the GC.

The KING has been graciously pleased to approve of the award of the Albert Medal for Gallantry in Saving Life at Sea to Lieutenant-Commander Keith Robin Hoare, D.S.O., D.S.C., R.N.V.R., and Lieutenant Arthur Gerald Bagot, D.S.C., R.N.V.R. The account of the services in respect of which the Decoration has been conferred is as follows:– On the 12th April, 1918, an explosion took place in the engine-room of H.M. Motor Launch 356, and the forward tanks burst into flames. The Officer and some of the crew were blown overboard by the explosion, and the remainder were quickly driven aft by the flames, and were taken off in a skiff. By this time the flames were issuing from the cabin hatch aft, and there was much petrol burning on the surface of the water. It was then realised by the crews of adjacent vessels that the aft petrol tanks and the depth charge were being attacked by the fire, and might explode at any moment. At the moment when others were running away, Lieutenant Hoare and Sub-Lieutenant Bagot jumped into their dinghy, rowed to the wreck, got on board and removed the depth charge, thereby preventing an explosion which might have caused serious loss of life amongst the crowd of English and French sailors on the quay.