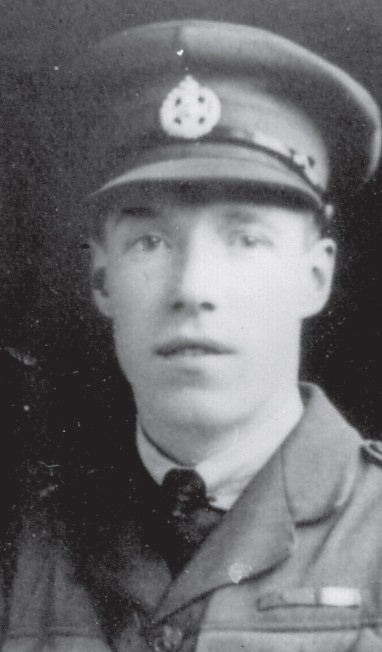 On 18 April 1918 the Germans attacked the British line from Givenchy-lès-La Bassée to Robecq, the southern part of the Estaires-Laventie salient. One of their immediate goals was Béthune, which lay close to the line just south of the Canal d’Aire. The attack was contained though heavy fighting continued for some days. On 22 April 1st Battalion The Rifle Brigade, together with 1st Battalion The Hampshire Regiment, was in action at La Pannerie, near Hinges just north of Béthune.

For most conspicuous bravery and fine leadership during an attack. Sjt. Woodall was in command of a platoon which, during the advance, was held up by a machine gun. On his own initiative he rushed forward and, single-handed, captured the gun and eight men. After the objective had been gained, heavy fire was encountered from a farmhouse some 200 yards in front. Sjt. Woodall collected ten men and, with great dash and gallantry, rushed the farm and took thirty prisoners. Shortly afterwards, when the officer in charge was killed, he took entire command, reorganised the two platoons, and disposed them most skilfully. Throughout the day, in spite of intense shelling and machine-gun fire, this gallant N.C.O. was constantly on the move, encouraging the men and finding out and sending back invaluable information. The example set by Sjt. Woodall was simply magnificent, and had a marked effect on the troops. The success of the operation on this portion of the front is attributed almost entirely to his coolness, courage and utter disregard for his own personal safety.