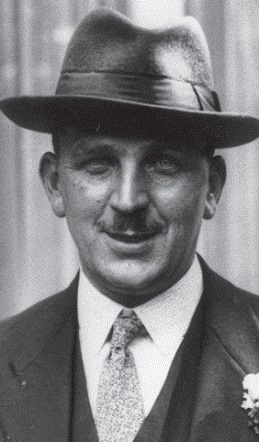 For most conspicuous gallantry. Serjeant Finch was second in command of the pompoms and Lewis guns in the foretop of “Vindictive,” under Lieutenant Charles N. B. Rigby, R.M.A. At one period the “Vindictive” was being hit every few seconds, chiefly in the upper works, from which splinters caused many casualties. It was difficult to locate the guns which were doing the most damage, but Lieutenant Rigby, Serjeant Finch and the Marines in the foretop, kept up a constant continuous fire with pompoms and Lewis guns, changing rapidly from one target to another and thus keeping the enemy’s fire down to some considerable extent. Unfortunately two heavy shells made direct hits on the foretop, which was completely exposed to enemy concentration of fire. All in the top were killed or disabled except Serjeant Finch, who was, however, severely wounded; nevertheless he showed consummate bravery, remaining in his battered and exposed position. He once more got a Lewis gun into action, and kept up a continuous fire, harassing the enemy on the mole, until the foretop received another direct hit, the remainder of the armament being then completely put out of action. Before the top was destroyed Serjeant Finch had done invaluable work, and by his bravery undoubtedly saved many lives. This very gallant serjeant of the Royal Marine Artillery was selected by the 4th Battalion of Royal Marines, who were mostly Royal Marine Light Infantry, to receive the Victoria Cross under Rule 13 of the Royal Warrant dated 29th January, 1856.