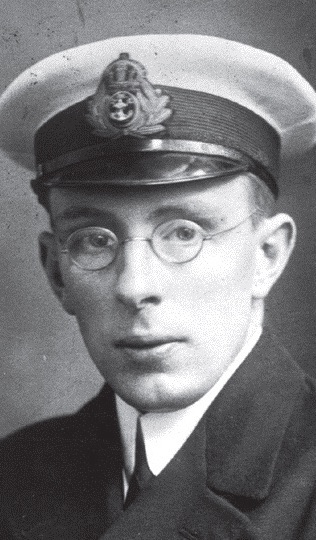 Volunteered for rescue work in command of M.L. 276, and followed “Vindictive” into Ostend, engaging the enemy’s machine guns on both piers with Lewis guns. After M.L. 254 had backed out Lieutenant Bourke laid his vessel alongside “Vindictive” to make further search. Finding no one he withdrew, but hearing cries in the water he again entered the harbour, and after a prolonged search eventually found Lieutenant Sir John Alleyne and two ratings, all badly wounded, and in the water, clinging to an upended skiff, and he rescued them. During all this time the motor launch was under very heavy fire at close range, being hit in fifty-five places, once by a 6 in. shell – two of her small crew being killed and others wounded. The vessel was seriously damaged and speed greatly reduced. Lieutenant Bourke, however, managed to bring her out and carry on until he fell in with a Monitor, which took him in tow. This episode displayed daring and skill of a very high order, and Lieutenant Bourke’s bravery and perseverance undoubtedly saved the lives of Lieutenant Alleyne and two of the “Vindictive’s” crew.