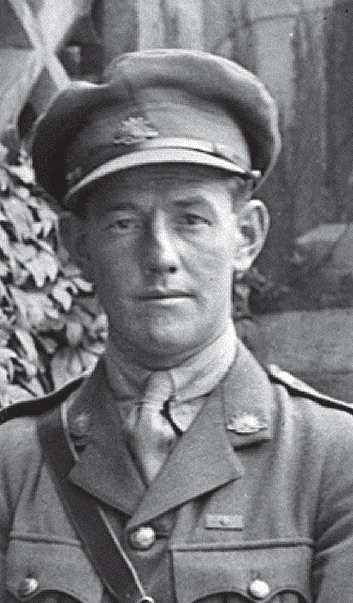 On 19 May 1918 6th Brigade, 2nd Division, Australian Imperial Force, which had been harassing the enemy, attacked the Germans near Ville-sur-Ancre, south-west of Albert and south of the main road running through Albert from Bapaume to Amiens. Their objective was to take enemy positions in two sunken roads and gain the high ground overlooking the village of Morlancourt to the south. Sergeant W Ruthven distinguished himself by his gallantry in this successful action, taking charge when his company commander, Captain W R Hunter, was severely wounded.

For most conspicuous bravery and initiative in action. During the advance Sjt. Ruthven’s company suffered numerous casualties, and his company commander was severely wounded. He thereupon assumed command of this portion of the assault, took charge of the company headquarters, and rallied the section in his vicinity. As the leading wave approached its objective it was subjected to heavy fire from an enemy machine-gun at close range. Without hesitation he at once sprang out, threw a bomb which landed beside the post, and rushed the position, bayoneting one of the crew and capturing the gun. He then encountered some of the enemy coming out of a shelter. He wounded two, captured six others in the same position, and handed them over to an escort from the leading wave, which had now reached the objective. Sjt. Ruthven then reorganised the men in his vicinity and established a post in the second objective. Observing enemy movement in a sunken road nearby, he, without hesitation and armed only with a revolver, went over the open alone and rushed the position, shooting two enemy who refused to come out of their dug-outs. He then single-handed mopped up this post and captured the whole of the garrison amounting in all to thirty-two, and kept them until assistance arrived to escort them back to our lines. During the remainder of the day this gallant non-commissioned officer set a splendid example of leadership, moving up and down his position under fire, supervising consolidation and encouraging his men. Throughout the whole operation he showed the most magnificent courage and determination, inspiring everyone by his fine fighting spirit, his remarkable courage, and his dashing action.