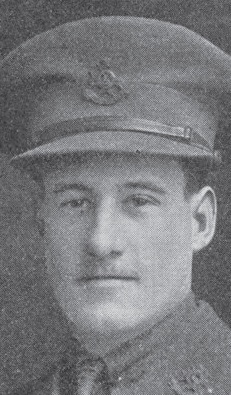 On 15 June 1918, fortified by the effective withdrawal of Russia and Romania from the war, the Austrians launched an offensive on the Italian Front, usually known as the Third Battle of the Piave. The British Sector of the Front, which ran westwards from south of Asiago to north of Cesuna was held in the east by the 23rd Division and in the west by the 48th. 11th Battalion The Northumberland Fusiliers was on the left flank of the 23rd Division, effectively in the centre of the British line, south of Roncalto. The Austrian attack made a deep impact on the battalion, which was forced back and formed a defensive flank towards the Boscon Switch, sending out patrols to gather information and harass the Austrians. One of these patrols was led by Temporary Second Lieutenant J S Youll. Meanwhile 11th Battalion The Sherwood Foresters, was on the extreme right of the British sector, south of Asiago. The Battalion was at first driven back and the Austrians penetrated British positions on the San Sisto Ridge. However, under the gallant command of Temporary Lieutenant Colonel C E Hudson, The Sherwood Foresters repulsed them. The Austrians failed to capitalize on their initial advantage and the British succeeded in restoring their line.

For most conspicuous bravery and devotion to duty when his battalion was holding the right front sector during an attack on the British front. The shelling had been very heavy on the right, the trench destroyed, and considerable casualties had occurred, and all the officers on the spot were killed or wounded. This enabled the enemy to penetrate our front line. The enemy pushed their advance as far as the support line which was the key to our right flank. The situation demanded immediate action. Lt.-Col. Hudson, recognising its gravity, at once collected various headquarter details, such as orderlies, servants, runners, etc., and, together with some Allies, personally led them up the hill. Driving the enemy down the hill towards our front line, he again led a party of about five up the trench, where there were about 200 enemy, in order to attack them from the flank. He then with two men got out of the trench and rushed the position, shouting to the enemy to surrender, some of whom did. He was then severely wounded by a bomb which exploded on his foot. Although in great pain, he gave directions for the counter-attack to be continued, and this was done successfully, about 100 prisoners and six machine-guns being taken. Without doubt the high courage and determination displayed by Lt.-Col. Hudson saved a serious situation, and had it not been for his quick determination in organising the counterattack a large number of the enemy would have dribbled through, and counter-attack on a larger scale would have been necessary to restore the situation.