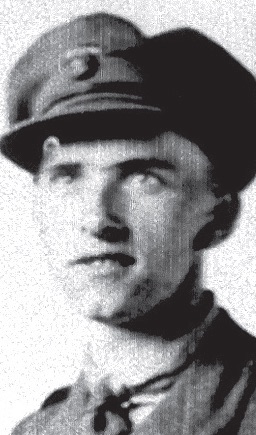 On 15 June 1918, fortified by the effective withdrawal of Russia and Romania from the war, the Austrians launched an offensive on the Italian Front, usually known as the Third Battle of the Piave. The British Sector of the Front, which ran westwards from south of Asiago to north of Cesuna was held in the east by the 23rd Division and in the west by the 48th. 11th Battalion The Northumberland Fusiliers was on the left flank of the 23rd Division, effectively in the centre of the British line, south of Roncalto. The Austrian attack made a deep impact on the battalion, which was forced back and formed a defensive flank towards the Boscon Switch, sending out patrols to gather information and harass the Austrians. One of these patrols was led by Temporary Second Lieutenant J S Youll. Meanwhile 11th Battalion The Sherwood Foresters, was on the extreme right of the British sector, south of Asiago. The Battalion was at first driven back and the Austrians penetrated British positions on the San Sisto Ridge. However, under the gallant command of Temporary Lieutenant Colonel C E Hudson, The Sherwood Foresters repulsed them. The Austrians failed to capitalize on their initial advantage and the British succeeded in restoring their line.

For most conspicuous bravery and devotion to duty during enemy attacks when in command of a patrol which came under the hostile barrage. Sending his men back to safety, he remained to observe the situation. Unable subsequently to rejoin his company, 2nd Lt. Youll reported to a neighbouring unit, and when the enemy attacked he maintained his position with several men of different units until the troops on his left had given way and an enemy machine gun had opened fire from behind him. He rushed the gun and, having himself killed most of the team, opened fire on the enemy with the captured gun, inflicting heavy casualties. Then, finding that the enemy had gained a footing in a portion of the front line, he organised and carried out with a few men three separate counter-attacks. On each occasion he drove back the enemy, but was unable to maintain his position by reason of reverse fire. Throughout the fighting his complete disregard of personal safety and very gallant leading set a magnificent example to all.