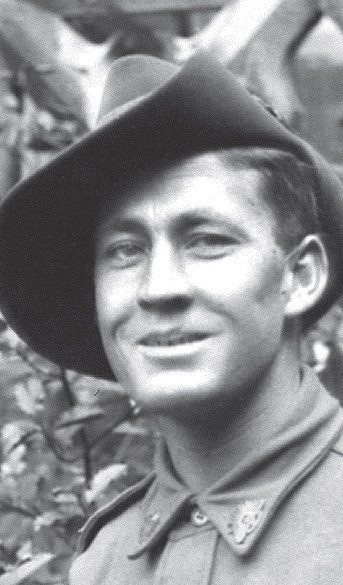 The northern flank of the German salient round Estaires and Laventie ran through Merris, five miles east of Hazebrouck. The Allies had been seeking to improve their line here for some weeks. On the night of 2-3 June Mont de Merris, just west of Merris itself, had been taken and a second advance was made here on the night of 12-13 June. Corporal P Davey, was awarded a VC for his gallantry during a further advance on 28 June 1918. That same day 31st Division captured a section of the German line a few miles to the south-west at La Becque Farm, just west of Vieux Berquin.

For most conspicuous bravery and initiative in attack. In a daylight operation against the enemy position, his platoon advanced 200 yards, capturing part of the enemy line, and whilst the platoon was consolidating, the enemy pushed a machine gun forward under cover of a hedge and opened fire from close range, inflicting heavy casualties and hampering work. Alone Corporal Davey moved forward in the face of a fierce point-blank fire, and attacked the gun with hand grenades, putting half the crew out of action. Having used all available grenades he returned to the original jumping-off trench, secured a further supply, and again attacked the gun, the crew of which had in the meantime been reinforced. He killed the crew, eight in all and captured the gun. This very gallant N.C.O. then mounted the gun in the new post, and used it in repelling a determined counter-attack, during which he was severely wounded. By his determination Corporal Davey saved the platoon from annihilation, and made it possible to consolidate and hold a position of vital importance to the success of the whole operation.