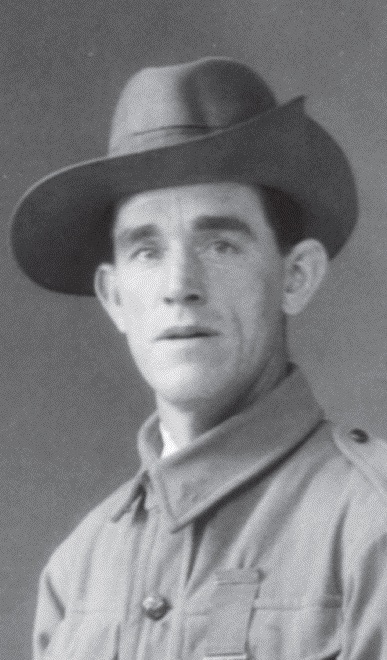 On 4 July 1918 4th Division, Australian Imperial Force, attacked the German salient at Le Hamel, east of Amiens, between the Somme and the Amiens-St Quentin road. Between Le Hamel and Villers-Bretonneux were Vaire Wood and, to its north-east, Hamel Wood, which both needed to be cleared of the enemy. In front of them, south-west of Le Hamel, ran the Germans’ Pear Trench. In the attack on this trench and its related strong-points, the 15th Battalion advanced to the north of the 16th Battalion. The Battle of Le Hamel was a conspicuous success.

For most conspicuous bravery and initiative during operations. When the barrage lifted and the Infantry advance commenced, his platoon was able to reach the first enemy defences through gaps which had been cut in the wire. The adjoining platoon being delayed in un-cut wire, enemy machine guns got into action, and inflicted many casualties, including the Company Commander. Lance-Corporal Axford, with great initiative and magnificent courage, at once dashed to the flank, threw his bombs amongst the machinegun crews, jumped into the trench, and charged with his bayonet. Unaided he killed ten of the enemy and took six prisoners: he threw the machine guns over the parapet, and called out to the delayed platoon to come on. He then rejoined his own platoon, and fought with it during the remainder of the operations. Prior to the incidents above mentioned he had assisted in the laying out of the tapes for the jumping off position, which was within 100 yards of the enemy. When the tapes were laid he remained out as a special patrol to ensure that the enemy did not discover any unusual movement on our side. His initiative and gallantry undoubtedly saved many casualties, and most materially assisted towards the complete success of his company in the task assigned to it.