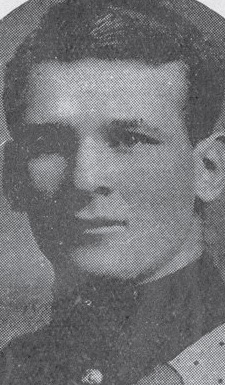 For most conspicuous bravery and devotion to duty when protecting the battalion right flank. He was leading his platoon gallantly forward to the attack, but had not gone far when he realised that a gap had occurred on his flank, and that an enemy machine gun was firing at close range into the advancing line. Grasping the situation, he rushed forward some 200 yards ahead of the platoon, tackled the machine-gun emplacement, killed the officer and operator of the gun, and dispersed the crew. By his boldness and prompt action he undoubtedly saved the lives of many of his comrades. Later, when the battalion was held up by very heavy machine-gun fire, he displayed much tactical skill and directed his fire with destructive results. Shortly afterwards he was rendered unconscious for a few minutes by an enemy shell, but on recovering consciousness he at once continued to direct harassing fire on the enemy. Sjt. Zengel’s work throughout the attack was excellent, and his utter disregard for personal safety, and the confidence he inspired in all ranks, greatly assisted in bringing the attack to a successful end.