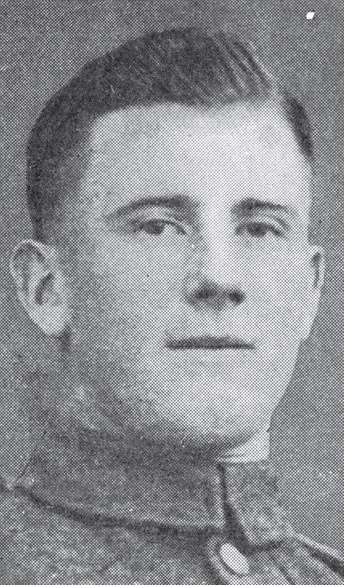 The Battle of Albert, which began on 21 August 1918, saw a sustained effort by III Corps of Third Army to advance the line north of Albert as far as the railway to Arras, which ran through Miraumont, west of Bapaume, and Achiet-le-Grand. By the evening of the 23rd this objective had been largely achieved, though Miraumont remained in German hands. 1/5th Battalion The Lancashire Fusiliers advanced south of Puisieux to Hill 140. By the 23rd they were beyond Beauregard Dovecot, east of Serre, and had almost reached Miraumont.

For most conspicuous bravery, leadership and personal example during an attack and in subsequent operations. Sjt. Smith while in command of a platoon personally took a machine-gun post, rushing the garrison with his rifle and bayonet. The enemy on seeing him advance scattered to throw hand grenades at him. Regardless of all danger, and almost without halting in his rush on the post, this N.C.O. shot and killed at least six of the enemy. Later, seeing another platoon requiring assistance, he led his men to them, took command of the situation and captured the objective. During the enemy counter-attack on the following day he led a section forward and restored a portion of the line. His personal bravery, skill and initiative were outstanding, and his conduct throughout exemplified magnificent courage and skill, and was an inspiring example to all.