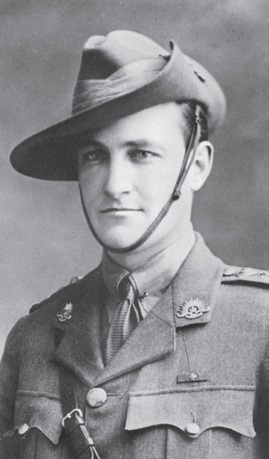 For most conspicuous bravery and devotion to duty during the attack on Herleville Wood, near Chuignes, Peronne, on 23rd August, 1918. His company commander having been killed early in the advance, he immediately took charge of the company, which he led with courage and skill. On approaching Herleville Wood the troops of the leading battalion, which his battalion was supporting, suffered very heavy casualties and were much shaken. Lt. Joynt, grasping the situation, rushed forward under very heavy machine-gun and artillery fire, collected and reorganised the remnant of the battalion, and kept them under cover, pending the arrival of his own company. He then made a personal reconnaissance and found that the fire from the wood was checking the whole advance and causing heavy casualties to troops on his flanks. Dashing out in front of his men, he inspired and led a magnificent frontal bayonet attack on the wood. The enemy were staggered by this sudden onslaught, and a very critical situation was saved. Later, at Plateau Wood, this very gallant officer again with a small party of volunteers rendered invaluable service, and after severe hand-to-hand fighting turned a stubborn defence into an abject surrender. His valour and determination was conspicuous throughout, and he continued to do magnificent work until badly wounded by a shell.