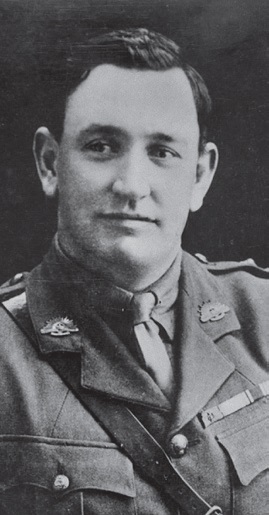 For most conspicuous bravery, initiative and leadership on the morning of the 23rd August, 1918, in attack near Madame Wood, east of Vermandovillers (north of Chaulnes). Although the objectives of his battalion were attained without serious opposition, the battalion on the left flank was heavily opposed by well-posted machine guns. Lt. McCarthy, realising the situation, at once engaged the nearest machine-gun post, but still the attacking troops failed to get forward. This officer then determined to attack the nearest post. Leaving his men to continue the fire fight, he, with two others, dashed across the open and succeeded in reaching the block. Although single-handed, as he had outdistanced his comrades, and despite serious opposition and obstacles, he captured the gun and continued to fight his way down the trench, inflicting heavy casualties, and capturing three more machine guns. At this stage, being some 700 yards from his starting point, he was joined by one of his men, and together they continued to bomb up the trench until touch was established with an adjoining unit. Lt. McCarthy, during this most daring advance, single-handed killed twenty of the enemy and captured in addition five machine guns and fifty prisoners. By his gallant and determined action he saved a critical situation, prevented many casualties, and was mainly, if not entirely, responsible for the final objective being taken.