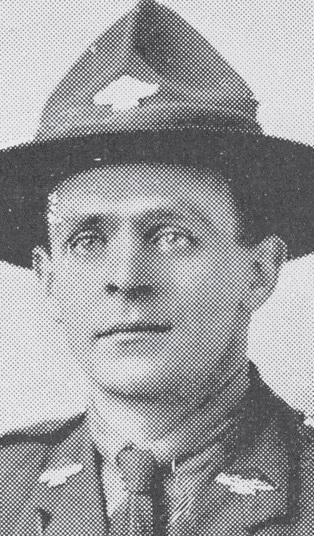 Meanwhile, on 1 September 1918, to the north in the Third Army sector, during the advance east from Bapaume, 1st Battalion The Wellington Infantry Regiment was ordered to capture the crest of a ridge between Bancourt and Haplincourt.

For most conspicuous bravery and devotion to duty near Bancourt on the 1st September, 1918, when Serjeant in command of a platoon forming part of the leading waves of the battalion attacking the high ground to the east of Bancourt. On reaching the crest, it was found that a line of five enemy machine-gun posts offered a serious obstacle to further advance. Under point blank fire, however, the company advanced against these posts. When about twenty yards from the posts Sjt. Grant, closely followed by a comrade, rushed forward ahead of his platoon, and with great dash and bravery entered the centre post, demoralising the garrison and enabling the men of his platoon to mop up the position. In the same manner he then rushed the post on the left and the remaining posts were quickly occupied and cleared by his company. Throughout the whole operation on this and the two previous days Sjt. Grant displayed coolness, determination, and valour of the highest order, and set a splendid example to all.