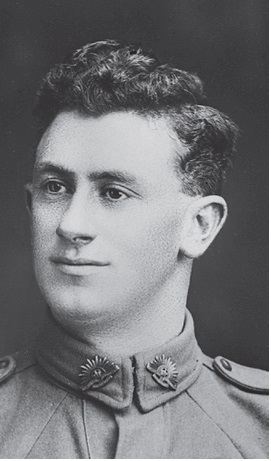 For most conspicuous bravery and tactical skill on the 1st September, 1918, during the attack on Mt. St. Quentin, North of Peronne, when very strong opposition was met with early in the attack, and every foot of ground was stubbornly contested by the enemy. Regardless of heavy machine-gun fire, Sjt. Lowerson moved about fearlessly directing his men, encouraging them to still greater effort, and finally led them on to the objective. On reaching the objective he saw that the left attacking party was held up by an enemy strong post heavily manned with twelve machine guns. Under the heaviest sniping and machine-gun fire, Sjt. Lowerson rallied seven men as a storming party, and directing them to attack the flanks of the post, rushed the strong point, and by effective bombing captured it, together with twelve machine guns and thirty prisoners. Though severely wounded in the right thigh, he refused to leave the front line until the prisoners had been disposed of and the organisation and consolidation of the post had been thoroughly completed. Throughout a week of operations, his leadership and example had a continual influence on the men serving under him, whilst his prompt and effective action at a critical juncture allowed the forward movement to be carried on without delay, thus ensuring the success of the attack.