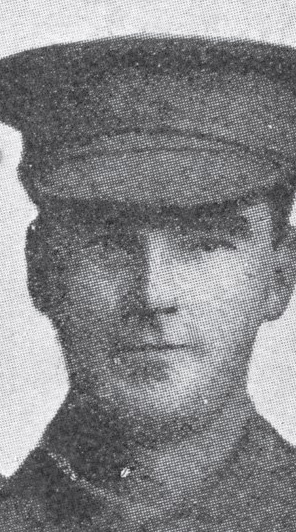 For most conspicuous bravery and devotion to duty on the morning of the 1st September, 1918, during the attack on the village of Mt. St. Quentin. Prior to the advance of the battalion, it was necessary to clear up several enemy strong points close to our line. This the bombing patrols sent forward failed to effect, and the battalion was unable to move. Pte. Mactier single-handed, and in daylight, thereupon jumped out of the trench, rushed past the block, closed with and killed the machine-gun garrison of eight men with his revolver and bombs, and threw the enemy machine gun over the parapet. Then, rushing forward about 20 yards he jumped into another strong point held by a garrison of six men who immediately surrendered. Continuing to the next block through the trench, he disposed of an enemy machine gun which had been enfilading our flank advancing troops, and was then killed by another machine gun at close range. It was entirely due to this exceptional valour and determination of Pte. Mactier that the battalion was able to move on to its “jumping-off” trench and carry out the successful operation of capturing the village of Mt. St. Quentin a few hours later.