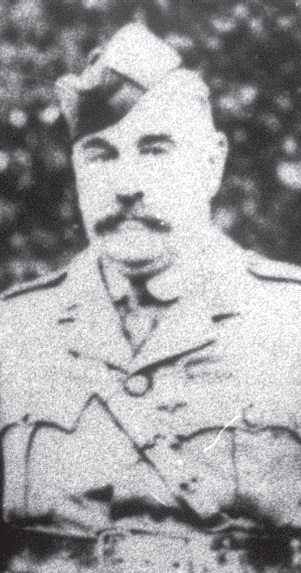 For most conspicuous bravery and skilful leading when in attack under intense fire. His command quickly captured the first objective, but progress to the further objective was held up by enemy machine-gun fire on his right flank. The situation being critical in the extreme, Colonel Peck pushed forward and made a personal reconnaissance under heavy machine-gun and sniping fire, across a stretch of ground which was heavily swept by fire. Having reconnoitred the position he returned, reorganised his battalion, and, acting on the knowledge personally gained, pushed them forward and arranged to protect his flanks. He then went out under the most intense artillery and machine-gun fire, intercepted the Tanks, gave them the necessary directions, pointing out where they were to make for, and thus pave the way for a Canadian Infantry battalion to push forward. To this battalion he subsequently gave requisite support. His magnificent display of courage and fine qualities of leadership enabled the advance to be continued, although always under heavy artillery and machine-gun fire, and contributed largely to the success of the brigade attack.