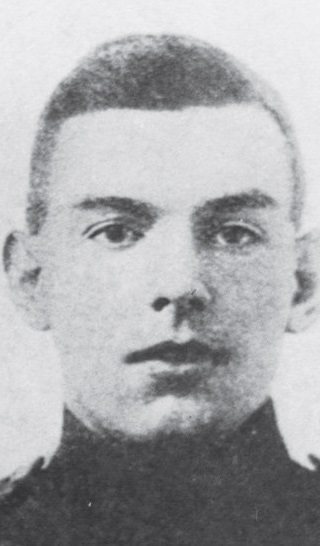 For most conspicuous bravery and devotion to duty in attack at Dury-Arras sector on the 2nd September, 1918, when acting as a stretcher-bearer attached to “D” Company of the 87th Bn., Quebec Regiment. This company in the advance over the ridge suffered heavy casualties from shell and machine-gun fire. Pte. Young, in spite of the complete absence of cover, without the least hesitation went out, and in the open fire-swept ground dressed the wounded. Having exhausted his stock of dressings, on more than one occasion he returned, under intense fire, to his company headquarters for a further supply. This work he continued for over an hour, displaying throughout the most absolute fearlessness. To his courageous conduct must be ascribed the saving of the lives of many of his comrades. Later, when the fire had somewhat slackened, he organised and led stretcher parties to bring in the wounded whom he had dressed. All through the operations of 2nd, 3rd and 4th September Pte. Young continued to show the greatest valour and devotion to duty.